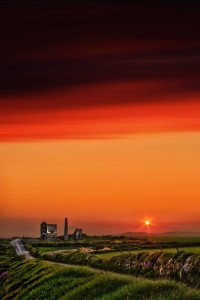 Waterford, Ireland’s oldest City, boasts a very proud heritage when it comes to cycling. There’s something about the air in this place, not to mention the arduous mountain climbs and undulating roads, that produces great champions. Home to former World No. 1 cyclist and current Eurosport commentator Sean Kelly, up and coming future champion Sam Bennett and Olympian and Giro d’Italia rider Ciaran Power, there really is a depth to road and leisure cycling in and around Waterford.

Why do we not hear and read more about “Cycle Waterford, in Ireland’s Ancient East?” In a county where excitement for the approaching All Ireland final is reaching fever pitch, it has to be said that these last few months have become a defining time in showcasing the best of what Waterford has to offer to the world. The Waterford Greenway is a game-changer, a vast meandering outdoor amenity that opens up the County like never before. There is a buzz in the county and sport is at the heart of it!

The Waterford Greenway, in a very few short months since opening, has given added impetus to cycle touring and cycling holidays. This, the newest of Ireland’s Greenway cycle tracks, has attracted literally tens of thousands of visitors. The 46km old railway line bisects the County, East to West, linking Waterford City and Dungarvan Town. It has been a colossal success to date and will continue to be so.

There is of course much, much more to discover in this most ancient of Ireland’s counties. Ireland’s oldest city can become a sporting hub for the region, with the W.I.T. Sports Arena considered to be one of the country’s most advanced centres of sporting excellence. Cycling tours can start from the city and take us on magical journeys within the county and beyond.

Cycling out of Dunmore East, you’ll be pedalling “by Hook or by Crooke”, as you head towards the Passage East car before taking the ferry across the mighty River Suir. Once in Ballyhack, County Wexford, all points on the compass will steer you South, along the coastal road towards Hook Lighthouse. On the way, you’ll pass many of Ireland’s Ancient East’s historical attractions; Duncannon Fort, Loftus Hall, Dunbrody Abbey and Tintern Abbey, even mystical connections with the Knights Templar, before arriving at Hook Lighthouse for a coffee and a scone.

A leisurely route, mapping Waterford’s Copper Coast, a UNSECO Global Geopark, will take you and your bike on a touring cycle with stunning seascape vistas. This stretch of coast line, which runs East-West along the Irish Celtic Sea, offers views from ancient rugged high cliff tops. Kilometres upon kilometre of amazing rock faces, precipices and sea stacks. Idyllic “private” golden sandy beaches await you around ever turn and corner. You may even catch a glimpse of schools of dolphin or porpoise playing in the surf.

Alternative cycle routes can take you past some of Ireland’s most ancient sites here in Waterford; the copper ore mines at Tankardstown, the acid fen peat environment of Fenor’s Ice Age bog, or Stage Cove/Knockmahon beach where the rock face resembles that of the Giant’s Causeway, although much older.

Newer more modern sites to visit, whilst cycle touring, include the John F Kennedy Memorial Park and Arboretum, only a stone’s throw away from the actual Kennedy homestead, where the US political dynasty all began and The Dunbrody famine ship with the eternal “Emigrants Flame”, burning warmly 365 days of the year, in remembrance of those who had to leave these shores throughout the generations. 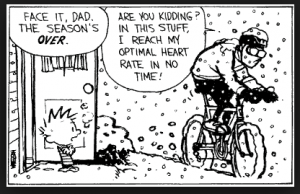 For those with more cycling experience and energy there are, let us say, more challenging cycles available. Following in the footsteps of Sean Kelly, you can take on the demanding climbs of Mahon Fall, Tickincor, Powers The Pot and if you are brave enough, Mount Leinster – “All the way to the mast”, some 800m of climbing!

As a new leisure and road cycling destination, Waterford has so much to offer. Routes and trails will take you through the very heart of Ireland’s Ancient East. Here is the county where sport and history collide…beautifully!

« …and so the journey begins!
The first Waterford Camino »