A voyage into the unknown.

We humans were never meant to live our lives in the safe sanctuary of the harbour. It pays to dream big, to set your bearings on a course that is unique to you and those who sail with you. Once you abandon yourself to the tumult of the seas, you hand over the reins of your destiny to a higher force. The ocean, for all its vastness, is the very place that leads you on your deepest odyssey into the unfathomable depths of your existence. Staying true to you and what matters to you is everything in life. As the spray lashes against your face and the waves rise with terrifying intent, hang on in there. Here, beyond the safety of the shoreline, you’ll soon discover what you’re made of. 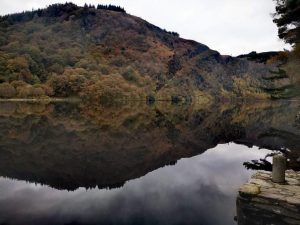 Polar explorer Ernst Shackleton boarded the ‘Endurance’ in August 1914 and set sail for Antarctica where he planned to cross the last uncharted continent on foot. In January 1915, after battling its way through a thousand miles of pack ice and only a day’s sail short of its destination, the ‘Endurance’ drifted northwest over 10 months before it was finally crushed between two ice-floes. With no options left, Shackleton and a skeleton crew attempted a near-impossible journey over 850 miles of the South Atlantic’s heaviest seas to the closest outpost of civilisation… Their survival, and the survival of the men they left behind, depended on their small lifeboat successfully finding the island of South Georgia – a tiny dot of land in a vast and hostile ocean. 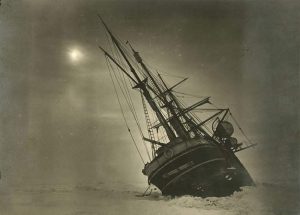 Alfred Lansing’s book ‘Endurance’ captures the enormity of the feat and the resilience it asked of the crew. It’s a powerful story that transcends time and place to reveal how the human spirit can triumph at those very moments when the normal contours of our world disappear into oblivion. Shackleton, Crean and the rest of the crew needed to draw on reserves of courage to help them overcome; something deep, indomitable, uncrushable inside that carried them through the torrent against all the odds. What these men unearthed from within kept them alive. Broken though unbowed, each man distilled life down to the very core. Perspectives changed. The awakening dawn shed a cold, fragile light on the rawest of human instincts… their innate capacity to see beyond the enveloping mists and retrieve all they needed to help they make it home safely. I’ve chosen a few lines from the book that speak to me in the hope that they will do the same for you…

On your darkest night…

‘In all the world there is no desolation more complete than the polar night. It is a return to the Ice Age – no warmth, no life, no movement. Only those who have experienced it can fully appreciate what it means to be without the sun day after day and week after week.’

There are times in all our lives when the lights go out, when all that we once lived for seems to vanish before our eyes. We wish we could wind back the clock and restore things to their natural order. You will have moments when you feel you cannot wade through your pain, your loss, your brokenness in the face of all that the world has thrown your way. Hang in there, do what it takes to find something to live for, keep believing in you especially in those lonely hours when it’s a struggle to do so. You will find something inside. You will endure to the last. This time will pass. 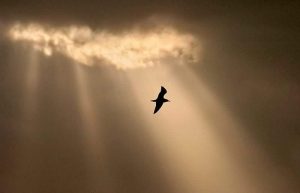 In a barren land, keep the embers of hope alight…

‘After five days of exhausting struggle, they were suddenly idle. Now there was almost nothing to do, except to think… Many of them, it seemed, finally grasped for the first time just how desperate things really were, more correctly, they became aware of their own inadequacy, of how utterly powerless they were… But then came the march, a journey which was to carry them nearly 200 miles. Yet after only five days and 9 small miles in a straight line to the northwest, they had stopped completely and even forced to retreat. So they sat in the camp, disillusioned and humbly aware how truly powerless they were to overcome the forces they faced, regardless of how much strength and determination they put forth. The realization was not so much humiliating as frightening.’

‘They were crammed together in overcrowded tents, lying in reindeer or woolen sleeping bags on bare ice… at meal times they sat in the snow… And yet, they had adjusted with surprisingly little trouble to their new life, and most of them were quite sincerely happy. The adaptability of the human creature is such that they actually had to remind themselves on occasion of their desperate circumstance.’

If we allow ourselves to be submerged in self-pity, we will go under. It can be scary to be robbed of what makes your life worth living. We’ve got to pick ourselves back up; small, slow yet resolute steps to help re-kindle that spark again. We owe it to the people that really matter to us. Your life has a worth beyond what you might be able to see at that moment. Rest in at the isle for a while. Do not reason or analyse too much. That can come later. Simply soak in the stillness and feel the calm. When the time is right, hoist those sails again secure in the knowledge that you are not alone. The people we love the most are never too far away. You will see the signs for yourself with each new passing day. 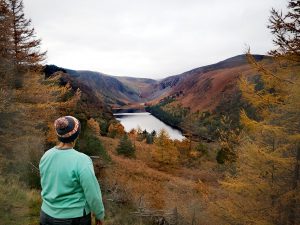 Kindness will carry you…

‘Then on January 13, a rumor spread that Shackleton was considering killing the dogs to ease the drain on the food supplies. Among the men, reactions ranged from simple resignation to outraged shock. Stormy debates on the value of the dogs against the food they consumed broke out in each tent that night. But the fundamental, underlying factor in the discussions was that, for many men, the dogs were more than so many pounds of pulling power on the trail; there was a deep emotional attachment involved. It was the basic human need to love something, the desire to express tenderness in this barren place. Though the dogs were vicious, surly beasts with one another, their devotion and loyalty toward the men was above question. And the men responded with an affection greatly surpassing anything they would have felt under ordinary circumstances.’

When you strip life down to the core essentials, only kindness matters. The rest dissolves into the fading embers of evening light. To act with compassion isn’t always valued in a world that tends to place personal accomplishment and profile above all other considerations. Those who have stared adversity in the face are the wiser for it. They soon discover that life is best lived in solidarity with others, especially those with their own burdens to carry. Be sound, be kind… it’ll be what endures when all else sheds like auburn leaves from autumnal trees. 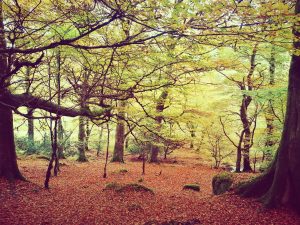 Trust the universe. It will not let you down…

‘The scene from the deck of the Endurance was often fantastically beautiful. In clear weather, if the moon was out, it swept in bold, high circles through the starlit skies for days on end, casting a soft, pale light over the floes. At other times, there were breath-taking displays of the aurora australis, the Antarctic equivalent of northern lights. Incredible sunburst of green and blue and silver shot up from the horizon into the blue-black sky, shimmering, iridescent colours that glinted off the rock-hard ice below.’

‘Gradually the sea grew calmer. The sky was clear, and finally the sun rose in unforgettable brilliance through a pink mist along the horizon, which soon melted into flaming gold. It was more than just a sunrise. It seemed to flood into their souls, rekindling the life within them. They watched the growing light quenching the wild, dark misery to the night that now, at last, was over.’

‘Most of the men were awakened once during glorious night to stand an hour’s watch, and even this was almost pleasure. The night was calm, and the sky was clear. The moon shone on the little pebbled beach, washed by the waves, a scene of utter tranquility.’

It pays to align our cadence to the rhythm of the universe. Nature has a way of slowing the pulse right down. Make time for those trails that draw you out beyond your normal boundaries. Woodlands, river walks, mountain tracks, headland trails all open the pores of our humanity to the intricate beauty of it all. We soon come face to face with the mystery of our existence and discover the simple yet magical truth that we are part of something far greater than ourselves. The tiniest, microscopic thread of nature reveals something of the infinite in a way our busy lives would never allow us notice. Wisdom appears, unannounced, to inspire you to see what once passed you by. Slow the pace and feel the deeper peace as if for the very first time.

It is never too late to start living. The odyssey you are destined for will not be handed to you. You have to play your part. Dare to push the boat out. You’ll be glad you did! 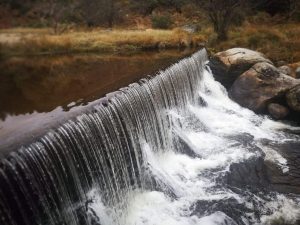 Photo of the ‘Endurance’ courtesy of BBC Archive.

Rest of the photos taken in Glendalough, November 2021.

We will also be teaming up with Original Irish Hotels to roll out unique Camino experiences to include Glendalough, St. Mullins, Ardmore, Gougane Barra and Dingle.

« The Camino of life