A world without borders

You cannot beat the exhilaration of reaching the mountain top and surveying the vastness you’ve left behind from your very own sanctuary in the skies. One deep breath and you feel you belong. The ecstasy of the conquest quickly yields to a silent disbelief at the timeless beauty that opens up before you. There are no borders in the great outdoors – just an intricate mosaic of light and contour that stretches beyond to where the eye cannot reach. The universe has a way of leading us to a place where words are no longer necessary or adequate. Nothing better than to sit down, have a snack and just soak it all in.

We set out on a trek up Coumshingaun in the Comeragh Mountains quietly surrendering to our primal instinct to brace ourselves for the odyssey ahead. Our relaxed banter concealed a deeper fear. None of us had made this climb before. Adrenaline pulsed through the veins as we stared down the unknown. The trail from “base camp” at Kilclooney Wood car park eased our small group of eager adventurers on our way. 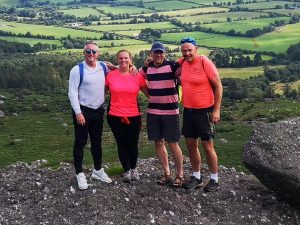 Step by step, rock by rock, we heaved upwards from one ridge to the next, only to be tracked by a 9 year old boy who passed with feverish zeal en route to the summit. I envied his spirit and his speed, reassuring myself that we too would arrive in one piece, maybe an hour or two later. For now, each step mattered even more than our destination above. Here, on the edge, you discover a primordial connection between you and the universe. The world you return to may not have changed, but, somehow, you have.

What greeted us on arrival was unforgettable. We stood there aghast, numbed spectators to a kaleidoscope of varying shades and colours that simmered in the midday sun. No words were spoken. Once the lens narrowed, we could see the River Suir dissect the city as it made its way seawards out to Dunmore East and we could follow the rugged coastline of the Copper Coast beyond Bonmahon tinged in silhouette against the sun drenched shore. We were enchanted by the stillness of it all. Lake waters rippled out from the hallowed vault below with soothing strains to calm the soul. Coumshingaun is a world apart. Its lilt lingers long after the last note has been struck. 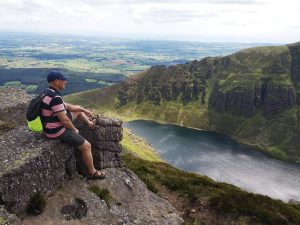 Viewed from above, the world has no boundaries. Nature’s way has a pattern that ignites the curious mind. Difference yields to something greater. The miniscule has its place yet it hides anonymously against a towering backdrop. It’s as though a common thread mysteriously weaves it all together. We the onlookers, humbled by what plays out before us, pay silent homage to the creative life force that makes it all happen. Sometimes you just sense you are part of something far greater than yourself. 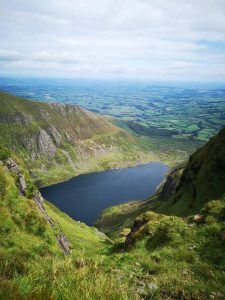 The mystical is closer than we realise – within reach of us all. You do not have to travel far to find it. A forest walk or greenway cycle, a trail by the river’s edge or just a quiet moment on a park bench; all have the power to draw us beyond our normal frontiers to a space where we can begin to see more clearly. The haze lifts in the moment and somehow the pathway opens up in ways we may not have noticed before.

For me, an early morning stroll along the Doneraile in Tramore has a peculiar way of slowing the pulse right down. It’s good not to reason, analyse or think. Here, by the shoreline, time pauses momentarily as we breathe in the sea air- birds skim the waters’ edge in search of their prey, fishing boats in the distance etch their meandering trail on the outstretched canvas, children dive from secluded rocks beyond the gaze of the passer-by. As the waves roll to shore with melodic ease, we sense the wider symphony that makes sense of it all. 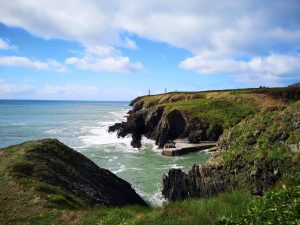 Every step of the way along our Waterford Camino odyssey, we’ve turned to the universe for guidance. Nature has a way of nudging you in the right direction. There’s an elemental life force at play here that stirs from within and offers a perspective that the world cannot give. You have to trust the process and create the space for the magic to happen. Our trek up Coumshingaun has inspired us in ways we could never have imagined. Our signature 2020 ‘time-out’ in Ireland’s South East that blends trails in Glendalough in Wicklow, on the Saltee Islands off Wexford and up the Comeragh Mountains in Waterford owes its origins to this memorable day. 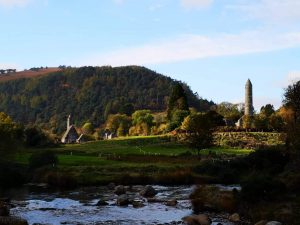 Want to finish with a simple tale, crafted by the mystic Anthony De Mello, that echoes far and wide for all of us to hear… There was a temple built on an island and it held a thousand bells. When the wind blew or a storm raged, all the bells would peel out in a symphony of sound that soared out from the citadel of stone to islanders near and far. Over time the island sank into the sea. Legend has it the bells continued to ring and could be heard by anyone who would listen.

A young man travelled thousands of miles determined to hear the bells. He spent days on the shoreline, staring out towards the vanished island and listened with all his might. All he could hear was the sound of the sea. He made every effort to block out the sound of the thunderous waters as they rolled to shore. But to no avail. The tempest of the waves seemed to drown out any prospect of ever hearing the bells beneath.

Weeks passed and still no sound rose from the secret vault beneath the sea. He met with locals who reassured him the mysterious legend was true. But as the days rolled on, he became disheartened and decided the time had come to pack up and go home. He went to say his last goodbye to the place that had become his home – the sea, the sky, the wind and the coconut trees. He lay on the sand, and, for the first time, listened to the sound of the ocean. Soon he was so lost in the sound that everything else was barely audible. In the depth of the silence he heard it. The tinkle of a tiny bell, followed by another and another… and soon a symphony of a thousand temple bells ringing in unison, in harmony. 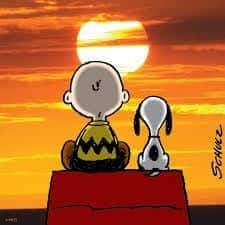 Everyone needs that ‘still zone’, your silent retreat, your island of peace. The magic of the universe is not to be understood. It is to be listened to as one listens to the wind in the trees and the sound of the river and the song of the bird. If you really hear, you will know beyond words. What is essential is invisible to the eye. Melodic sounds can be heard as they float skyward in quiet abandon. It is then we know we are not alone.

Dr. Phil Brennan and his wife Elaine invite you to share in one of their specially tailored ‘time-out’ experiences in Ireland’s South East. The Waterford Camino experience blends walks/cycles, motivational talks and music. For further information, check out our website on waterfordcamino.com or email directly at info@waterfordcamino.com