It is time to re-boot the system and get up and going again. We can start planning without the fear that we may have to go it alone. The Camino of life is all about company and without it the path seems that bit more obscure. We’ve felt isolation like never before. If we’ve learned anything from this time it’s that human connection is everything – we need people on the journey. We now emerge from the fog a little wiser for what we have been through. It is not a time to look back. It is time to re-set our coordinates, to re-imagine, to dare to believe all over again. 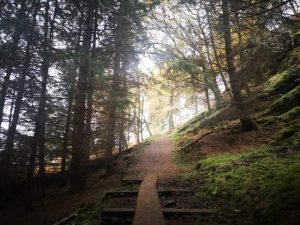 This time 20 years ago, I had just returned to teaching in Waterford. I’d managed our family business, the ‘64’ Lounge and Restaurant, in Gorey, Co. Wexford for 2 years but wanted to get back to a career I loved. Up to then, my life was cruising nicely at low altitude. There was little turbulence to throw me off course. I worked hard and lived for my chosen profession. In an instant, all changed. It was tough. I stumbled onwards in the dark no longer sure of my bearings. I felt alone in a world I could no longer understand. A light seeped through the ethereal sky to guide me on my way. Friends carried me when my own spirit began to wane. I had to find a courage I had not known before. Sometimes, you need to reach into the depths before you can rise again.

We co-write the script of our destiny. The Camino of life does not follow a pre-determined course. It adapts to all that happens along the way. How we respond to those times when we’re tested most can make or break us. It can be easy to retreat, to withdraw into ourselves, to turn back. When the struggle is real, rest awhile and go easy. Keep believing in you. We are made of the same stuff of the universe, stardust even, a creative force that endures to the last. The power you need lies within. It’s there you come face to face with who you are. From somewhere deep inside you find the courage to get up and go again. 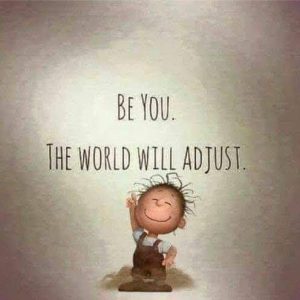 Your attitude will determine where you go from here. It can be easier to gravitate right back to the familiar and miss out on the opportunities this time presents. How strange that the nature of life is change, yet the nature of human beings is to resist change. If you’re not happy, re-set your bearings. If there’s something you’re itching to do, go out there and do it. Visualise, even dream, suspend your thinking for a while and allow your deepest instincts take over, draft a plan, then go for it. This first step, choosing a goal and sticking to it, changes everything. Choose wisely!

Life reverberates to a new beat when we surrender to the unknown. Here, on the periphery, we sense we are not alone. The outdoors offer refuge beyond the reach of a busy world. No matter how great the torment, nature, in all its wild abandon, reminds us that all will be well. The oceans roll into shore with melodic ease as crimson skies unfurl the promise of a new day. A walk along the river bank, or stroll across the headland, or swim in the sea, or cycle on the Greenway, or trail along an ancient path… all have the power to re-connect you to source as if for the very first time. Natures way is the only way! 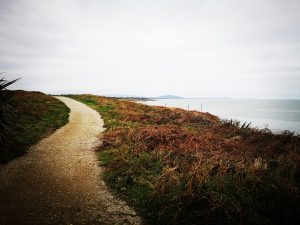 Anthony de Mello tells the story of the Sannyasi, or wise one, and the precious stone… The Sannyasi had reached the outskirts of the village and settled down under a tree for the night when a villager came running up to him and said ‘Master, I have left my people and travelled here in the hope that you might give me the precious stone that will change my fortunes for evermore.’ The Sannyasi looked at the man, somewhat bemused, and stayed silent. The villager sensed his confusion and sought to clarify. ‘Last night the Lord Shiva appeared to me in a dream and told me that if I went to the outskirts of the village at dusk, I should find a Sannyasi who would give me a precious stone that would make me rich forever.’ The Sannyasi rummaged in his bag and pulled out a stone. ‘He probably meant this one’, as he handed the stone over to the villager. ‘I found it on a forest path some days ago. You can certainly have it.’ The man gazed at the stone in wonder. It was a diamond; larger than any precious stone he had seen before. He took the diamond and walked away. All night he tossed about in bed unable to sleep. Next day at the crack of dawn he woke the Sannyasi and said, ‘Give me the wealth that makes it possible for you to give this diamond away so easily’.

Have a look around and see the ‘Sannyasi’ or wise ones who have made the deepest impact on your life. Often they’re the ones who work quietly below the radar. They do not act for show. They have known adversity and yet rise and rise again with stoic courage. Their wisdom lies camouflaged in the silence of their witness. They have unravelled the layers and have discovered for themselves the noblest truth of all – kindess is everything. They embody the spirit of the sacred word. Their love is of a kind that transcends time and space, creeds and ideologies. Their sense of fun, even when the struggle is great, is infectious. Time with them is like a balm for the soul; accepting, reassuring and such fun. You leave their presence all the better for the experience, knowing deep down you can still be the person they never stopped believing in. The truest diamond shines from within. 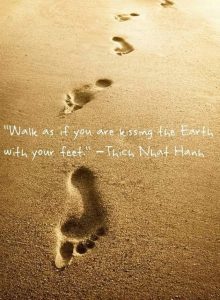 I want to leave the last word this month to Diana Beresford-Kroeger’s whose book ‘To Speak for the Trees’ is uplifting and thought provoking in equal measure. Diana’s lineage can be traced back to the Beresfords of Curraghmore Estate in West Waterford but her path in life was very much shaped by events beyond the sanctuary of her surrounds. She was orphaned as a child and could so easily have been sent to the Magdalene Laundries. Instead, the O’ Donoghue elders in West Cork, from her mother’s side of the family, took her under their wing and Diana became the last ward under the Brehon Laws. Over the course of three summers, she was taught the Celtic triad of mind, body and soul, rooted in a vision of nature that values trees and forests as fundamental to human survival and spirituality. Diana became a prodigiously gifted scientist and ecological visionary who has challenged people the world over to see the universe in a whole new light. 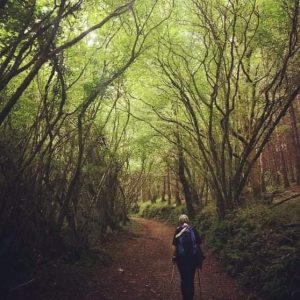 ‘To Speak for the Trees’ is full on inspiring anecdotes. One of note describes the day of the ‘field experiment’ when she and one of the elders, Pat, were left to harvest and entire field with no access to a tractor. With the inclement weather fast approaching, and the imminent threat it posed to the harvest, Pat and Diana devised a plan; his job to scythe the field one row at a time, hers to bind the sheaves and then arrange them into pyramid shape that kept the heads off the ground, so that the barley grain could dry and cure in the air. Inch by inch, row by row, they made it. The harvest was gathered before the sun went down on the day. It became a defining moment in Diana’s life…

‘It taught me the most valuable lesson of my life. Looking out on the field that morning, I didn’t believe
we could finish the cut. It was too big a job and I was too small a helper. But because I love Pat and…
because I loved that crop of barley and couldn’t stand to see it spoiled, I was prepared to try. I took a deep
breath and a first step and both eventually led me to the knowledge that I was capable of things bigger
than I’d imagined. I think every child, every person, should have an experience like the field experiment,
something that thrusts them down a road they don’t think they can ever reach the end of – for love of
themselves and other people and the world. When they eventually come to their destination, they will
realise that even the impossible can be accomplished if you’re willing to take the first step and give it
everything you’ve got. And then, like me, they will know they can do anything.’
(Diana Beresford-Kroeger) 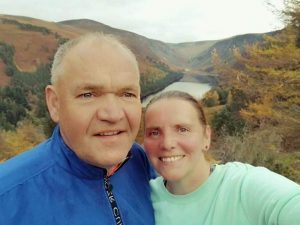 Dr. Phil Brennan and Elaine are adding new Camino experiences to our existing range of offerings from March 2022. We are looking forward leading groups from the States, Norway, Britain and Ireland on our signature ‘Celtic Camino in the steps of St Declan’ in association with Cahir House Hotel and Mount Melleray Abbey along with our ‘Celtic Camino in Ireland’s South East’ in association with The Tower Hotel, Waterford. We will also be teaming up with Original Irish Hotels to roll out unique Camino experiences to include Glendalough, St. Mullins, Ardmore, Gougane Barra and Dingle. You can contact Phil and Elaine directly on info@waterfordcamino.com