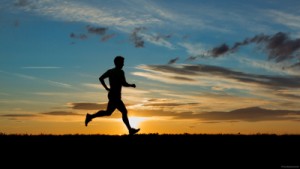 Very few people in life manage to cruise through unscathed. In an age of digital advancement when things can be micro managed to the minutest detail, there is a limit to what we can control. It is inevitable that we will face into the unforeseen and have to draw on inner reserves that cannot be programmed from the outside. Life can push us to the edge. These moments define who we are… and what we are to become.

I’ve stared at darkened walls wondering would my captivity ever end. The twists and turns of our human adventure can lead us down paths we could never have imagined; some exciting, some crushing. In an instant everything can change. It takes courage to navigate through the storm and find the strength to keep going. Broken and bruised, we learn more about ourselves. We connect to something deeper… something within.

I had the privilege of running the Dublin City Marathon a few years back with a guy who had his own unique way of dealing with adversity. Chris Moon had flown in from London to give a series of talks in the school I worked in and he added the marathon to his schedule last minute. He asked me to pace him through the run so that he would break the 5 hour mark. I wasn’t prepared for the rigours of the 26.2 miles but one look at him and it was hard to say no. He was very persuasive. I could sense his unflinching resolve to reach his latest goal. No matter what life threw at him, this man would endure.

Chris lived life in the fast lane. From his days as a soldier in the British Army, he knew the importance of meeting challenges head on and overcoming them. There were no boundaries. With the right spirit, no hurdle was insurmountable. Body and mind in perfect symmetry! His time in Cambodia would test him in ways he could never have anticipated. Here he came face to face with the unknown.

Chris had witnessed the horrors of war and the residual threat to a besieged people weighed heavily on him. The enemy remained, hidden, in furtive disguise below the rugged landscape. Retreating soldiers had desecrated the land with landmines to ensure that the spoils of war would be felt long after the fighting had ended. These explosives wrecked havoc on the lives of ordinary people. Danger lurked just one wrong step away.

Chris joined H.A.L.O. (Hazardous Areas Life-support Organisation) to supervise former Cambodian soldiers in the perilous task of mine clearance. Once his mission there was complete, he assumed control of large-scale clearing operation in Mozambique.

One day, walking across a safe zone, Chris trod on a landmine buried just beyond the reach of those who had cleared it before him. He lost his lower right leg and right hand. Everything was a blur. His hopes dropped slowly in suspended animation like shrapnel from the searing explosive dimming a future that ‘til then was well within his radar. All that he had once visualised seemed beyond him. He could be forgiven for wallowing in self-pity, for conceding to the magnitude of it all. Yet, somehow, his resilience clicked into another gear. He would not be defeated!

prosthesis fitted, learned to walk again and within a year of leaving hospital completed the London Marathon. 2 years later, he became the first amputee to complete the Marathon de Sables; running through the Sahara Desert in scorching heat with a haversack on his back to hold his personal belongings and water supply. He regularly takes on ‘ultra-marathons’ most notably when he re-visited Cambodia to run the 700km. trek across the county to draw attention to the lingering scourge of landmines. In Chris’ new world, there are no limits.

“The biggest limits in life are those which we impose upon ourselves. It is important that we think in a way that challenges our own concept of limitation and go beyond it.” (Chris Moon)

Chris completed the Dublin marathon 2 minutes under the 5 hour mark he had set for himself. It was a run like no other. I was a privileged spectator to his raw, primordial courage. He felt the pain from the first mile, sweating feverishly early on as if every sinew of his being was compensating for the limbs he had lost. He dug deep. At the 13 mile mark, Chris detached the prosthesis from his thigh and proceeded to apply some vaseline to sooth the adjoining skin. A man out for his morning stroll couldn’t help but notice. Not sure who looked more startled – him or his dog!

When he got to the finish line, Chris embraced me as if I was a long lost friend. This moment was another milestone on his own personal journey and he was going to soak it up as if it was his last. He had scaled another mountain and loved the view from the top.

Whatever it was that propelled him forward, I wanted to tap into. His indomitable spirit stirred something in me. When my own path became obscure, his light showed me the way. It’s as though he has unravelled the layers of life and figured out what it’s all about.

“I learned the importance of having a dream and never, ever giving up. There is a saying ‘God made the desert so that man might find his soul’…
I believe that if we have a reason to do something that is more important than we are, then the human spirit can tolerate anything… we can all go one step beyond our limits.” (Chris Moon)

There is a spark within each of us that can sustain us on our journey. Where we go will ultimately be determined by our outlook. We cannot allow our deepest fears and misgivings sabotage our future. It’s so much easier to drift into the slipstream of doubt than to take decisive steps towards where you want to go in life. Only you can set your goals. Trust your inner compass then have the courage to take the first step forward. When the going gets tough, dig deep, maybe re-assess, then find a way. 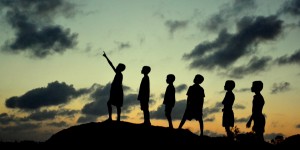 One final thought. Always leave room for providence. Hold onto your dreams and hopes with a very loose grip. Abandon the illusion of control. Do your best. Let life do the rest. Often the universe will speak to you in ways you least expect. We are a tiny yet significant chapter in an all-embracing story. The next page is for you to write. When you fight for a cause greater than yourself, you find yourself and know who you are. It is then the pieces fall into place.

“Again, you can’t connect the dots looking forward; you can only connect them looking backwards. So you have to trust that the dots will somehow connect in your future. You have to trust in something – your gut, destiny, life, karma, whatever. Because believing that the dots will connect down the road will give you the confidence to follow your heart even when it leads you off the well-worn path and that will make all the difference.” (Steve Jobs)