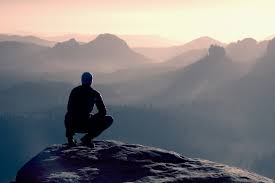 Never let a stumble be the end of your journey. Dreams can come true but not always as easily as you would like! We all know how it feels to reach the edge of the precipice and see our hopes dashed before us. We stand and stare and do not always understand. We feel the pain and momentarily become suspended in time. Our coordinates become dimmed, our future obscure.

Our next step, possibly after months of impasse, will determine who we are to become.

“By every usual standard, I was the biggest failure I knew.”

Those are the words of J.K. Rowling, the author whose book series has been translated into 73 languages, sold millions of copies and accumulated over $20 billion through movie adaptations and sponsorships.

Rowling’s story is one of perseverance, a stoic resolve to overcome the disappointments and the knocks spewed up by life until she got her first break. Through it all, she offers us a perspective on failure that is all the more humbling and inspiring given her subsequent success.

Soon after conceiving the idea for Harry Potter, Rowling began writing, but was immediately pulled away from her work by the devastating death of her mother. Rowling ceased working on the book and sank into a deep, grieving depression, getting little to nothing accomplished in that time.

In the hopes of digging herself out of grievance, she took a job teaching English in Portugal for a year. Her goal in venturing abroad was to get away from her troubles, and, more importantly, use her time off to continue working on her book. She set the goal of having the first Harry Potter book done by the time she returned from Portugal.

Things did not go as planned. Not only did Rowling fail to make progress on her first book, but after falling in, and then out of, love, she ended up with a failed marriage and a baby daughter she now had to raise alone. She came back to nothing. She had no job, no finished product and two mouths to feed.

She had hit rock bottom. As she struggled with depression, raising a child on her own and living off mere unemployment benefits, she resumed work on her book in cafes while her daughter was asleep.

“Failure taught me things about myself that I could have learned no other way. I discovered that I had a strong will, and more discipline than I had suspected; I also found out that I have friends whose value was truly above rubies… I was set free, because my greatest fear had already been realised, and I was still alive… And so rock bottom became the solid foundation on which I rebuilt my life.” (J.K. Rowling)

You can be cruising along at low altitude unaffected by turbulence and uncertainty, yet, in an instant, all can change. It is here, in our darkest hour, when we are tossed and buffeted about by the unforgiving winds of time … that we come to know ourselves for who we are.

Despite numerous setbacks, she found solace in doing what she loved -writing. In fact, she found that the little she had was enough to make her moderately happy. She had ended up in exactly the position she had feared most and found that it wasn’t that bad. There wasn’t anything left to be afraid of and her work showcased that mindset.

When Rowling finally finished the first 3 chapters, she sent the manuscript off to a publisher-they quickly passed on the project. She sent it to another publisher. Again, the answer was ‘No’. Her mailbox filled up with rejection letters, but she didn’t let it stop her. 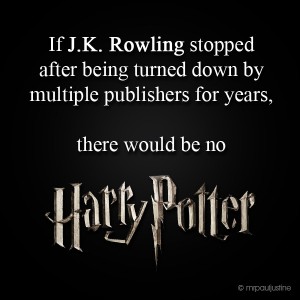 After sending her manuscript to 12 different publishers and getting rejected by every single one, Rowling began losing confidence in her book. Finally, the editor of Bloomsbury Publishing Company sat down to read the manuscript and so did the editor’s 8 year old daughter. The little girl loved the opening chapters, and begged to read the whole thing. This made the publisher agree to publish Rowling’s novel. But Rowling was left with a warning that she should get a day job, because she wouldn’t make any money writing children’s books. Once’ Harry Potter and the Sorcerer’s Stone’ was published, though, she proved everyone wrong.

“I stopped pretending to myself that I was anything other than what I was, and began to direct all my energy into finishing the only work that mattered to me… Failure meant a stripping away of the inessential.” (J.K. Rowling)

J.K. Rowling went from being a jobless single mother living off unemployment benefits to one of the bestselling authors of all time. Looking back, the Harry Potter Series has earned over $400 million in book sales, and the last movie alone earned $476 million in ticket sales… on opening weekend. Failure had been an important stimulus on the road to her success. What was it that sustained her on her way? Something indefinable, something real, something inside so strong…

“The knowledge that you have emerged wiser and stronger from setbacks means that you are, ever after, secure in your ability to survive. You will never truly know yourself, or the strength of your relationships, until both have been tested by adversity.” (J.K. Rowling)

We all have the reserves within to withstand the storms of life. Wading through the torrent builds character and makes you more appreciative of what is waiting for you when you reach the other side. We cannot allow our deepest fears and misgivings sabotage our future. If you have a dream or a passion and you keep getting rejected or running into failure, don’t let that stop you… don’t give up! If you do, you will never know what could have been.

“One thing is for sure. If you give up too soon, you’ll never know what you’ll be missing. Keep going and never quit.” (J.K. Rowling)

The purpose of life is a life of purpose. When you passionately believe in something that doesn’t exist, create it. Nothing worth achieving is handed to us. Find out what you truly want and direct your energies towards it. Be true to you rather than drift anonymously into the slipstream of others. People on the sidelines do not matter only those close to you. Each one of us has a life to live. It is ours and ours alone.

That first step, that venturing out into the unknown, can lead you onwards to where you are meant to be.

“Have your beautiful things but do not be imprisoned by them. Own them but do not let them own you. Give the main aim of your life over to far more important pursuits such as discovery of your highest potential, giving of yourself to others and making a difference by living for something more important than yourself. Success is fine but significance is the real name of the game.” (Robin Sharma)

If you fancy a reflective break away, join us on one of our Waterford Caminos. For further information check out waterfordcamino.com or email Phil at waterfordcaminotours@gmail.com

(Thanks to Morgan Ostrowsky at ‘The Uncollege Blog’ for the research) 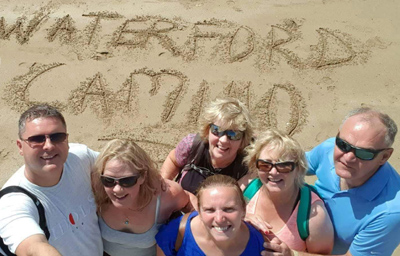 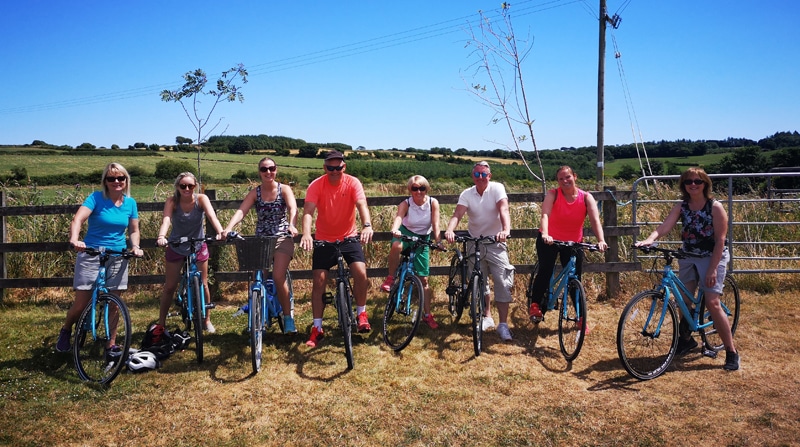 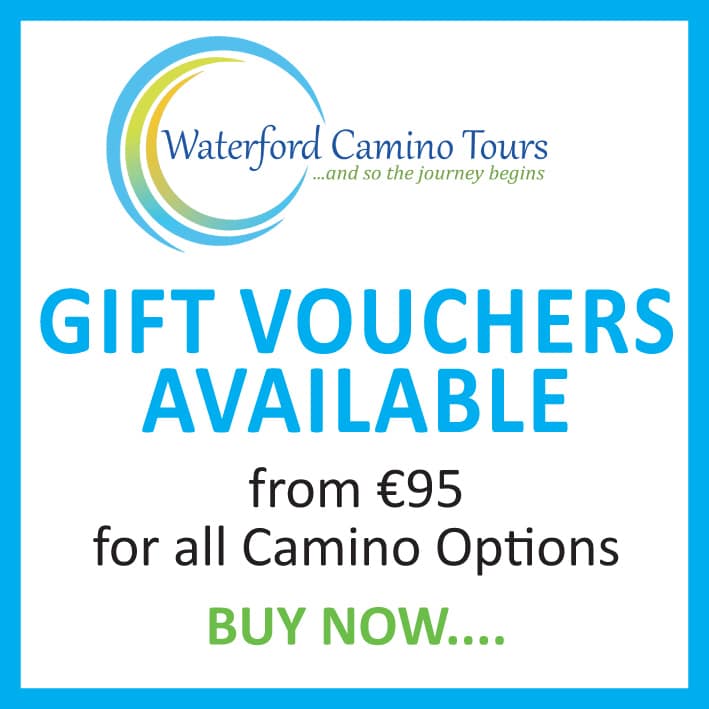